If you are an entrepreneur, innovation leader or an Investor, you know what your goal is – you need to choose the right, next product. The faster the better – there are many peers chasing the same rabbit – the next big thing.

Either you have this one great idea, that has been maturing in your brain for some time now or, alternatively, there is a whole backlog of ideas, waiting in line to be taken to the next stage.

According to Melanie Curtin, writer at INC magazine, 42% of startups fail for 1 simple reason; it’s because founders “create a product or service that doesn’t solve a big enough problem”.

There is probably a minimum of two conditions that must be met in order to be “a big enough problem”.

There must be an audience of consumers large enough to require building a business, especially a digital one, around it.

According to ipropertymanagement.com there are roughly 10,000 tiny homes ever built in the US with an average value of $65,000. Tiny homes represent roughly (rounded up) 1% of the total US home market share and has doubled since then.  Even in cities like New York City where space is more scarce than anywhere else in the US, its only 2% at best.

Second – be a real solver

Enough prospects in those audiences must be both willing and able to pay an amount that exceeds your total cost to deliver, and you must be able to reach them at the right time. This second condition carries with it the double coincidence of wants required for an efficient market transaction.

This part is probably the hardest part to get spot on.

You have to provide me enough value for me to part with the right amount of cash, on average. Two things here.

Either the problem isn’t a big enough deal to me, or you don’t solve it well enough (and that can have a whole lot to do with service and execution, not just evaluating the product in a vacuum).

With all of the potential for variance in satisfying the first two conditions and getting things to line up it begs the question.

(Obviously, you also want your prospects to meet your company’s ideal customer profile.)

How do you pick the right idea for a business or a product?

The usual way people go about creating a new product is:

I saw numerous startups either skim through or almost completely skip the business modeling and prototyping stage, raising pre-seed funding and jumping straight to the MVP. And failing fast. It’s quite popular to say that failing fast is the goal but for anyone who’s built a successful startup knows what people more precisely mean is fail small and early and learn from it. The intuition is that you have to be a tester. You have to experiment and incorporate that feedback into your business by changing something in your approach.

What is usually done to validate the idea on the market is a combination of lean canvas and competitor analysis, which actually is preparation, not the validation. Oftentimes, also a survey is done and spread across a relatively narrow audience. There is a simple question that you can ask yourself to distinguish if something is market validation or preparation.

If i do this, will I know for a fact that X% of people in A industry are willing to pay me $Y for my service or product.

It’s really important not to conflat a suspicion or an inference with evidence or deduction.

The truth is that very few execute a true market validation test.

Instead they jump into the exciting stuff – the MVP.

Then, usually, after 3-6 months of MVP building hustle, sleepless nights, hundreds of thousands invested (probably 30% beyond your initial budget), you are there, MVP built, ready for beta customer acquisition.

The launch day has come.

But the sales aren’t coming in.

And neither is the amazing growth and ROI.

Your product is fantastic and the whole team is both proud and excited to take part in what was supposed to be, no doubt the birthing of the next unicorn to rock this industry and have VC’s fighting each other for a piece of the action.

This is exactly what failing slow looks, sounds, and feels like. It took months of time and a ton of money, people, and focus (think opportunity costs) to bring this to market only to learn that customers didn’t want it.

For future reference: Failing fast is going from idea to investment decision ($2M+) within 10 weeks and under $90k. You can go faster and cheaper but you are likely to leave a lot of market education/customer knowledge on the table if you do. Just be aware there’s a real trade off happening here.

Here’s a ruthless fact: Over 40% of digital products fail due to a lack of a product-market fit. (https://www.cbinsights.com/research/startup-failure-reasons-top/)

Btw, here’s an article from Forbes we co-authored about 14 unnecessary startup expenses, that are wasting hard-earned money.

But hey, you did build the MVP first, you didn’t go all-in into the production. That was “the right way” to start. “Go, build an MVP” – they say, yes?

What is an MVP? In the digital world, that usually means building a “minimum” working version of your product, so that you can take it to the market fast and start collecting feedback from your users. The idea is to launch on the market fast, with core functionalities and then, develop your product with the next iterations based on the data you collect.

Important to say here, that MVP is not a prototype. It is a working piece of software, that the users can use. A prototype is usually a visual representation of the future product (without working functionalities).

Here’s the thing. Even with very limited functionalities, it usually takes months to develop, require a team, some capital and other resources.

Can you afford this and take the risk, that there is actually no demand for the product?

Most of the times, the answer is: No.

Aside from the risk, the strategy of an MVP in general is wrong unless you’re in IT. Remember the second of our two conditions from above – You have to provide me enough value for me to part with the right amount of cash, on average- this has nothing to do with viable.

Testing software should be a standard of internal testing.

Teams launch an MVP thinking they are testing the business model and that’s just not the case. Viable has nothing to do with value and surprising customers with your new should be unicorn startup.

Here’s a real-life example of how the proper validation can save you a lot of money.

Startup in the financial industry touching on online payments and decreasing the amount of overdue payments for a particular industry. Initial market and consumer behavior show a tremendous growth potential – the users are likely to use the new service and markets are growing. The prototype is done. The idea goes through several pivots at the prototyping stage, but the business model seems strong. They run tests which show a good traction and conversions in user registrations.

This company already did more than 99% of startups in terms of validation- and the results seem like a decent foundation for the investment decision. In the last phase of the prototyping stage, the expert interviews are conducted.

And there it is.

It turns out that the B2B stakeholders, who were supposed to be the main beneficiary of the B2C targeted product, are not really interested in improving their debt collection. The debt collection reminders that are additionally charged are pure profit margins. At the end of the day, their debt collections rates are almost 100%. So in other words – they don’t mind the overdue invoices at all.

As you imagine – that is a game-changer for the whole concept.

I would say, in this case study the process was not perfect- I believe the expert interviews including the stakeholder should be done in the initial phase of the prototyping stage. Nonetheless, as a result, the company learned one thing – even if they develop the great user experience platform that the users rave about, the stakeholders aren’t going to incorporate it.

Imagine, going for the MVP after very optimistic market research, assuming that everyone wants to have their liabilities collected fast. Because everyone wants it, right?

You don’t know that until you validate the hypothesis in real-life.

Once your organization has the appropriate product-market fit and you’re ready to step on the gas, you might want to learn why you should hire an ABM agency to help you get to market faster. At Ampfactor, we help companies of all sizes with account based sales development, account based marketing, and ABM consulting services. Give us a call if you’re interested!

Want to receive the best of our blog every single month? 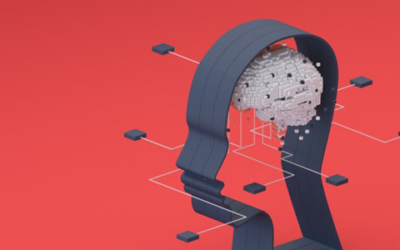 How to make sure your ABM program is customer-centric

Account based marketing (ABM) is three basic things: methodology, strategy, and tactics. But more than these three things, it's a go-to-market practice that recognizes customer behavior for what it is at a particular level of the market. Going through the motions of... 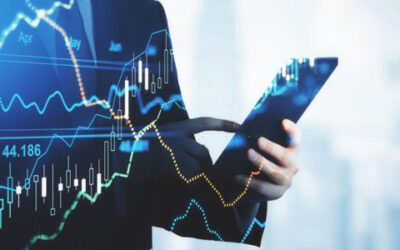 Wouldn't a pilot campaign be a great way to try out account-based marketing? This  new approach to marketing that you've heard so much about. Does your team think that keeping your brand in front of the top 5000 people who influence the decision to buy your software... 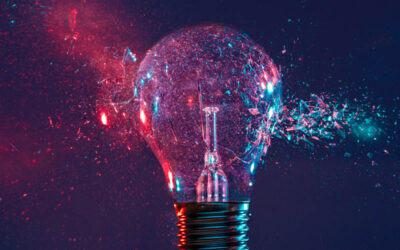 Early on in my marketing career, I had a boss -- a terrible boss -- who looked at a few mock-ups for a direct mail campaign and told me that he didn't like the colors on the envelope and didn't think other aspects of the mail creative were pleasing to his eye. "That's... 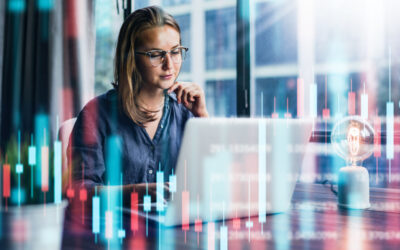 Lead scoring is a methodology used by sales, marketing, and revenue teams to determine how much to invest in bringing that account into a sales cycle and eventually to closed/won status. It should include lead scoring models from intent data, the account coverage... 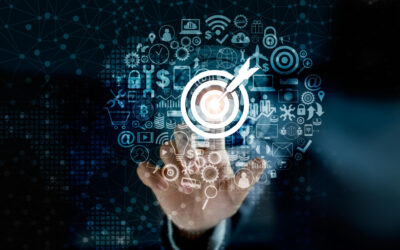 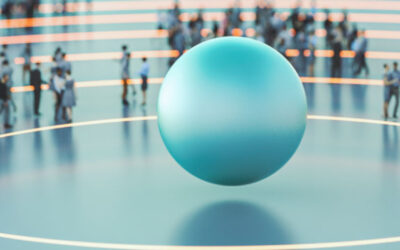 Demand Gen in 2022: How to Keep Up Your Demand Generation Strategy

With the onset of the global COVID-19 pandemic giving rise to increased virtual markets, digital businesses are striving to take over the industry, throw down the competition and struggle to become the next best thing in their field. And even though virtual businesses...

How to make sure your ABM program is customer-centric

Account based marketing (ABM) is three basic things: methodology, strategy, and tactics. But more than these three things, it's a go-to-market practice that recognizes customer behavior for what it is at a particular level of the market. Going through the motions of...

Wouldn't a pilot campaign be a great way to try out account-based marketing? This  new approach to marketing that you've heard so much about. Does your team think that keeping your brand in front of the top 5000 people who influence the decision to buy your software...

Not sure if ABM is a fit for you? Start with a Growth Audit

Chat with us today 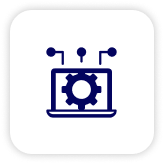 Put the power to decide in the hands of those on the front lines.

Put the power to decide in the hands of those on the front lines.